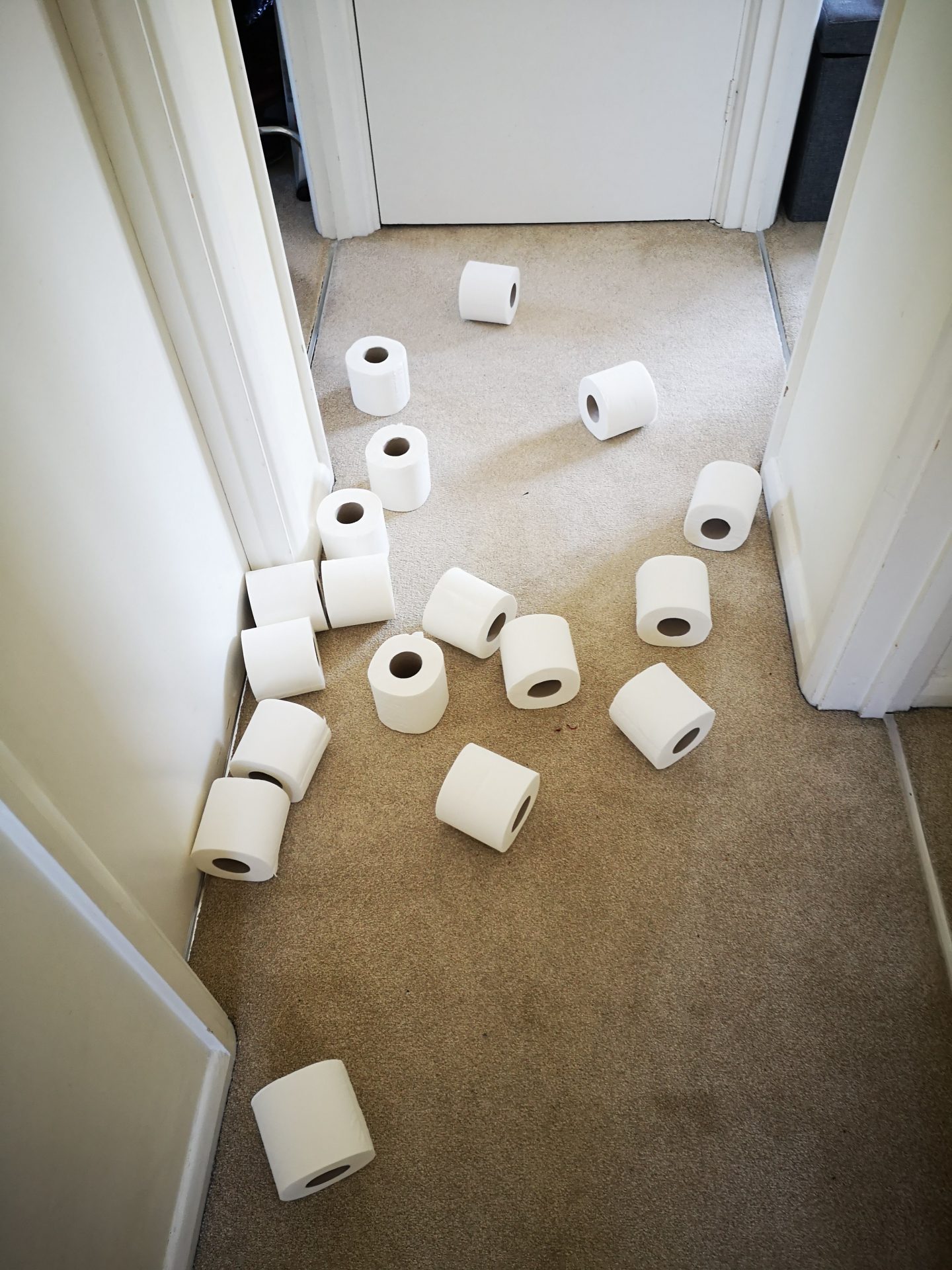 The past is a foreign country. They do things differently there. We decided in the middle of March that we would have to shorten our five month journey through Indochina and return home. We arrived in South Vietnam at the beginning of March by boat on the Mekong from Phnom Penh – what a delightful journey it was. But by mid March it was becoming very difficult to travel – at that time Europeans were seen as the primary source of Coronavirus infection in Vietnam and we were no longer made to feel welcome on buses and trains, or even on the street, and many hotels and restaurants were starting to close.  So we ditched our original flight bookings and returned to England on 18th March for two weeks self quarantine. 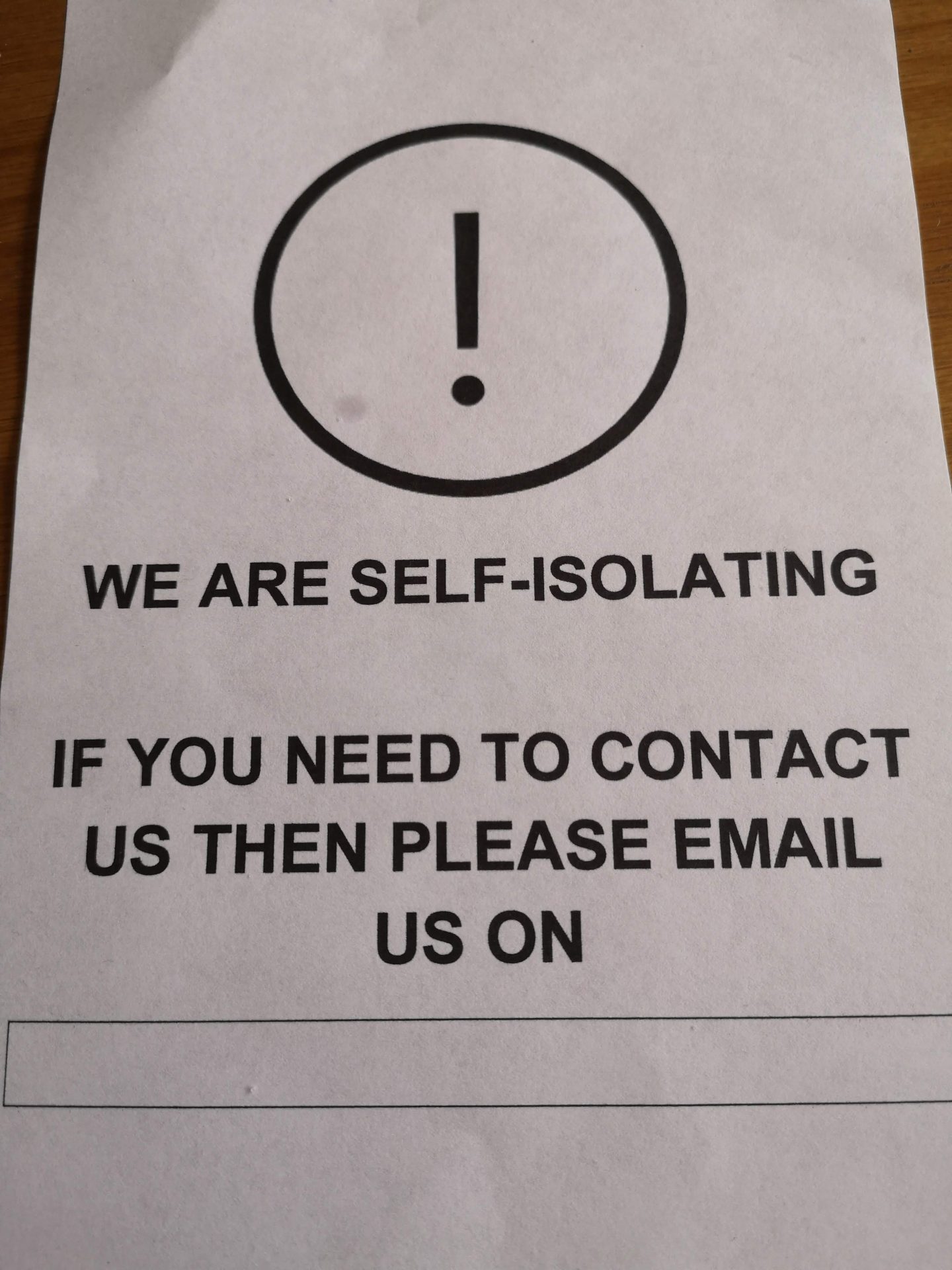 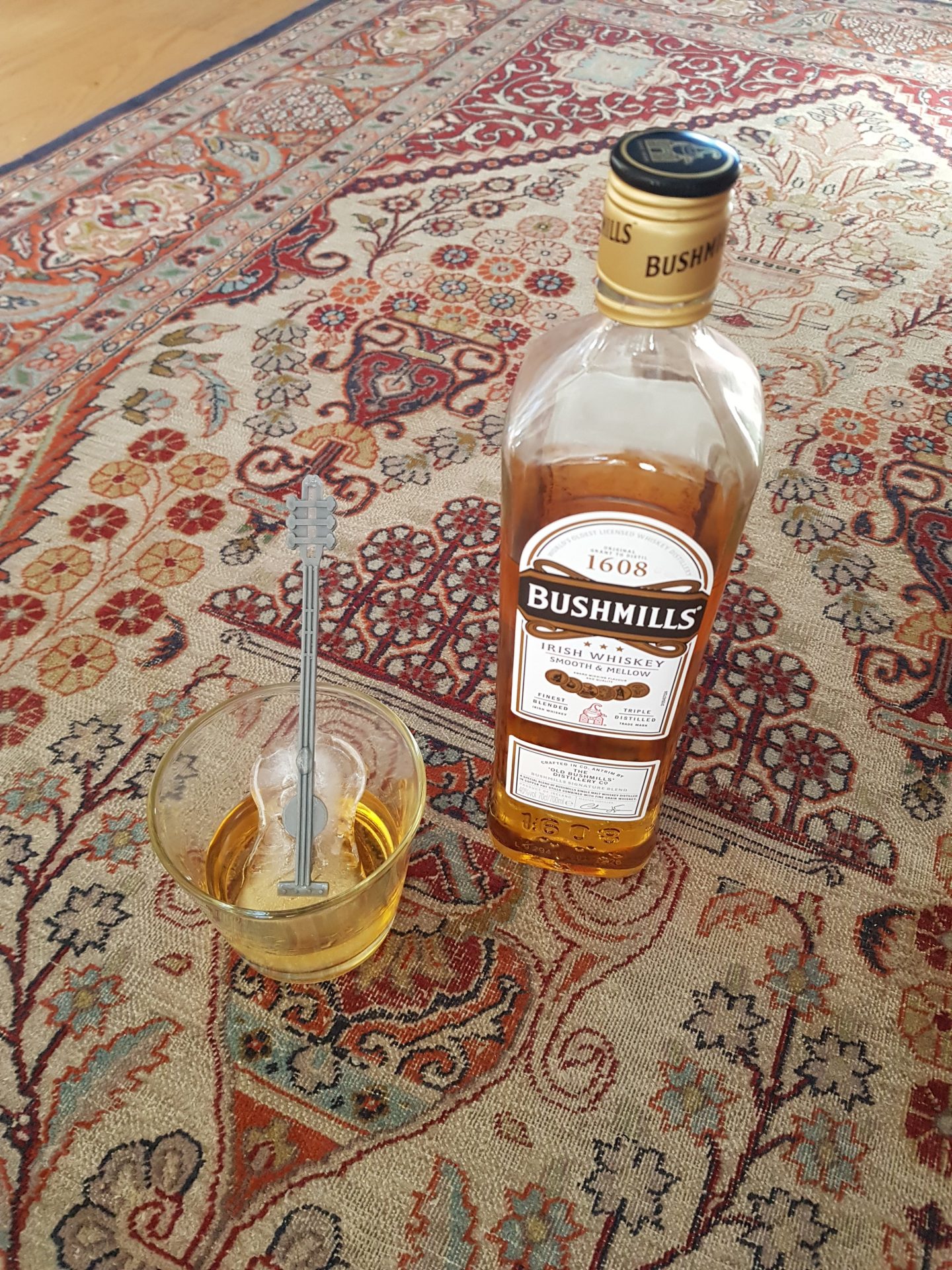 A few days later, on 23rd March the UK government imposed a lockdown on the country, to be reviewed every three weeks. The lockdown means that most businesses must close and most people must stay at home. The government has decided to fund this economic shutdown at a cost of £35 to £45 billion a month. It’s a massive expense that will take years to payoff.

At first it seemed to me to make sense – the scientists advising the government suggested that hundreds of thousands of people could die in the UK alone if we didn’t isolate ourselves from our fellow citizens to contain the spread. This seemed like a possibility. Having accepted scientific advice to go for what is called herd immunity, a strategy quickly dropped, the UK was late to isolate its population and the country will probably have the highest death rate per million of population in Europe. But the truth will not be out for at least a year. In the meantime we’re all armchair virologists or epidemiologists.

Unless you or one you love gets the Covid-19 disease or you’re what is called a key worker, the Coronavirus predicament is all about sitting at home and obsessing the numbers. How many new infections per day in the UK, Europe, Asia, the USA and the rest. How many deaths per day. How many accumulated deaths. The daily rate of growth of all of those. The number of deaths as a percentage of infections. The number of deaths by gender, age and ethnic group. The number of people that have been tested – the number that are positive and negative. And the really big numbers; the billions of pounds unearned, lost, paid by the Government, the jobs and businesses gone. Its these big numbers that are really scary, the result of an incredibly self destructive response to the contagion.

I’ve been preoccupied by these statistics for weeks now and the number of deaths are not as many as anticipated, probably as a result of the enforced isolation. After a lockdown of a month to six weeks (some countries like Italy shut down early) a lot of people are looking to get back to some sort of normality. Many are scared and paranoid, and this fear needs to be managed. It’s always going to be about the numbers. People will continue to die of Covid-19 for many months to come but the number will have to be socially acceptable or presented in such a way that it’s deemed acceptable – like deaths by road accidents. About 25,000 people in the UK have died of Covid-19. Over 600,000 people died in total in the UK last year. In 2018, 26,610 people were killed or seriously injured on the roads in the UK, a number comparable to Covid deaths, and that number is acceptable even though we could probably halve it if we all drove at 30 miles per hour. As I write, about 250,000 people around the world have died of Covid-19. Let’s put that into perspective; in 2017, 620,000 people around the world died of malaria, a massive and terrifying 1.5 million people died of Tuberculosis, 160,000 of typhoid and 140,000 of cholera, 650,000 people died of influenza (almost three times the Covid-19 death count). We didn’t shut down the global economy for that lot did we? What is the wisdom of treating this disease differently from those? It has been suggested, and I strongly believe this to be true, that we in the West have somehow lost the independent ability to assess and take risks and we’ve have been brainwashed into an obsession with fear and we’ll do anything (including destroying the economy) to stay uber safe. So getting the system cranked up again is not going to be easy.

But the destruction of the economy will kill many more millions of people around the world and in Europe. We undervalue the immense importance of our economy, it is our survival and I’ve seen how dependent the third world is upon it. They rely on our Pounds, Euros, Dollars and Yen for their survival. We owe it to ourselves and them to get back to work. We must manage the undoing of the lockdown in a measured but relatively swift way. We must take a much more sophisticated approach and trace those that are infected and contact anybody that they’ve been in touch with (right from the outset of the epidemic this worked fantastically in Kerala in India, and in South Korea and in Thailand and Vietnam, where I witnessed it firsthand). Whilst it’s hard work and requires discipline, individual and mass discipline, it should have happened when the UK got into this mess and now it’s the only way out. And we’ve got to be at one with nature about this. Coronavirus is not going to decimate humanity, far from it. To some extent we’re going to have to let nature take its course. Live with it. And die with it too.

So what has all this meant to me in terms of my life over the last month. The world is in turmoil, and, to some degree, I think I am too, albeit bizarrely calmly. But I can’t quite define my state of mind.  For almost five months I’ve been roaming about Indochina. Every day presented a different vista, and my mind was focused on the day’s destination, the next bed for the night, the next meal, the next blog. I’ve  been milling with the teeming masses of urban Laos, Myanmar, Cambodia and Vietnam. My sense of time had altered into that of the traveller.  Now, back in England, physically and psychologically I’ve hit the buffers, living under lockdown in the extended timeless moment of a type that could be endorsed by mystics. 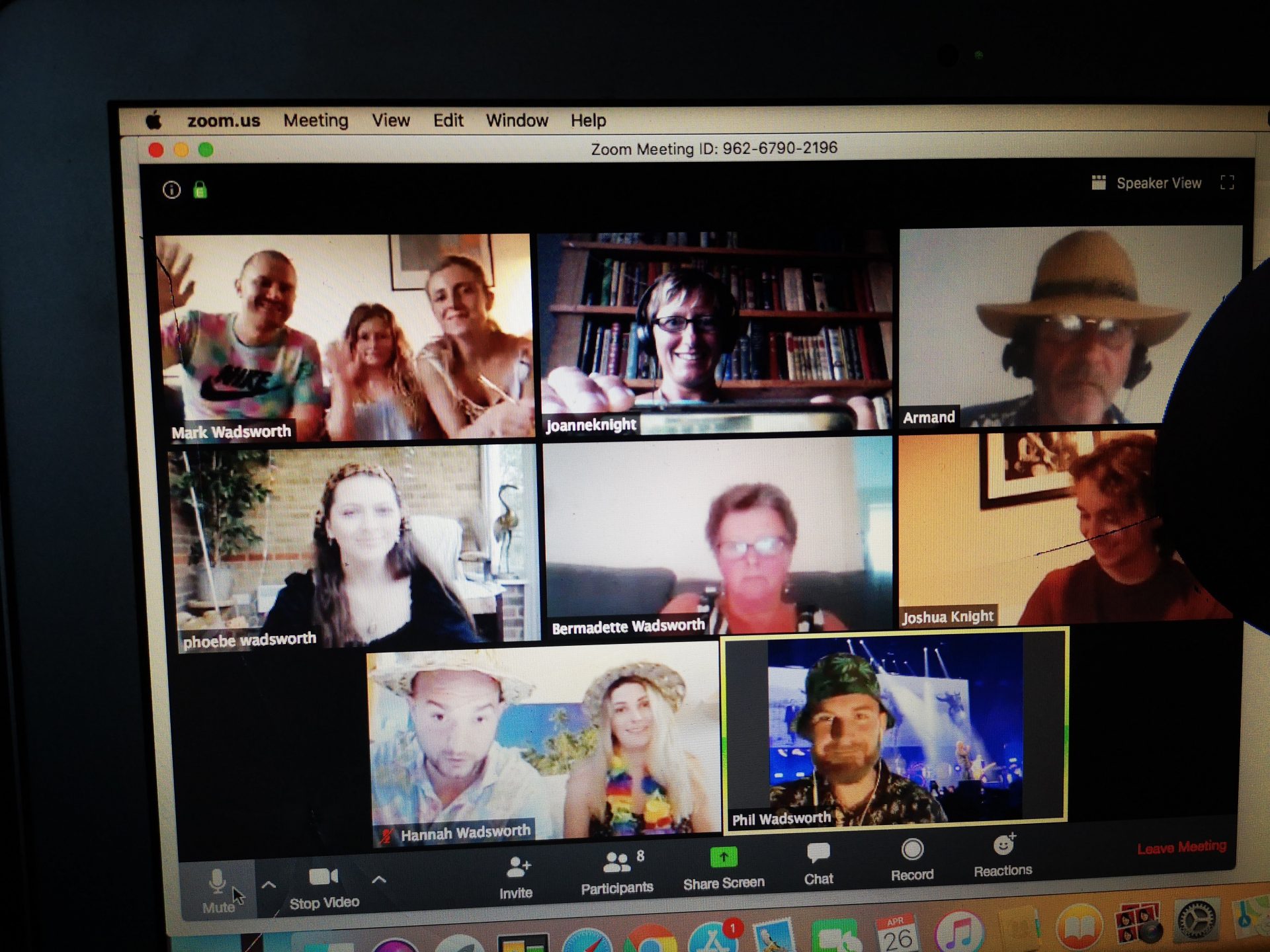 I’m an inveterate reader of books but for the first month back at home I was unable to read a page on anything not Coronavirus related. That has recently changed with my immersion in Mantel’s final book of the Wolf Hall trilogy – the finest and possibly longest historical murder and treachery novel on the bookshelves.  I’m drinking alcohol with steady respect. I’m having weird dreams. When I left the UK in November 2019 it was a country obsessed with one topic; Brexit. When I returned in March 2020 it was a country obsessed with one topic; Coronavirus. It’s like watching a slightly deranged person who obsesses constantly about one subject –  a monomaniac. And this monomaniac isnt really interested too much about how this is affecting the rest of the world. He’s self obsessing. So I’ve been feeling anxious about the UK (again!) which doesn’t do my state of mind any good. This anxiety is easy to overcome – just get off the island, but that feels like treachery (or perhaps too much Hilary Mantel).

Of course I can’t get off the island. Like Patrick McGoohan in The Prisoner (which I’m enjoying watching again on Youtube)  I’m incarcerated, without a parole date or even the suggestion of the possibility of parole, under weird circumstances in delightful surroundings. I’m isolating with Jo and her upbeat teenage son in a very comfortable detached house. Jo is enjoying being a full time, at home mother, possibly for the last time. Whilst she is frustrated and sometimes dismayed by elements of England’s response to the emergency she sees, as I do, the ordinary folk’s resilience, imagination, generosity and hope it engenders.

The weather has been beautiful in England over the last few weeks, we lounge in the big sunny south facing garden, we go for walks and bicycle rides in the Sussex countryside, and I’ve been cataloguing for sale a fine collection of books I purchased last year. We buy lots of fresh food, we cook imaginatively, I bake bread like most blokes do these days. We listen to some splendid radio programmes, and Spotify playlists, we watch and re-watch great movies. Reading Spiked magazine has kept me sane. We maintain close virtual contact with our family and friends. Life is good and I am largely very content (Jo prefers the word happy). But there is an underlying unease, made stranger, as I was supposed to be based in Sussex at this time anyway, as Jo prepares to rent her house in the summer.

I’m a 64 year old with, given Covid’s predilection for killing old blokes, a clearer appreciation of my mortality. I must be patient but I really don’t have time for patience. I’m impatient on several fronts. Impatient for humanity to get over this unwise global panic and put an end to an emerging sense of dystopian fear mongering. Impatient for my children to get on with their lives; university, house moves, marriage, and me to get on with mine, to get my hands on our newly converted van and head south.  So my unease stems from impatience, and feeling restless and useless ,and being troubled by the overarching politics of fear under which we live. Keep safe, Stay at home!

Bring on the new normal, whatever that is. 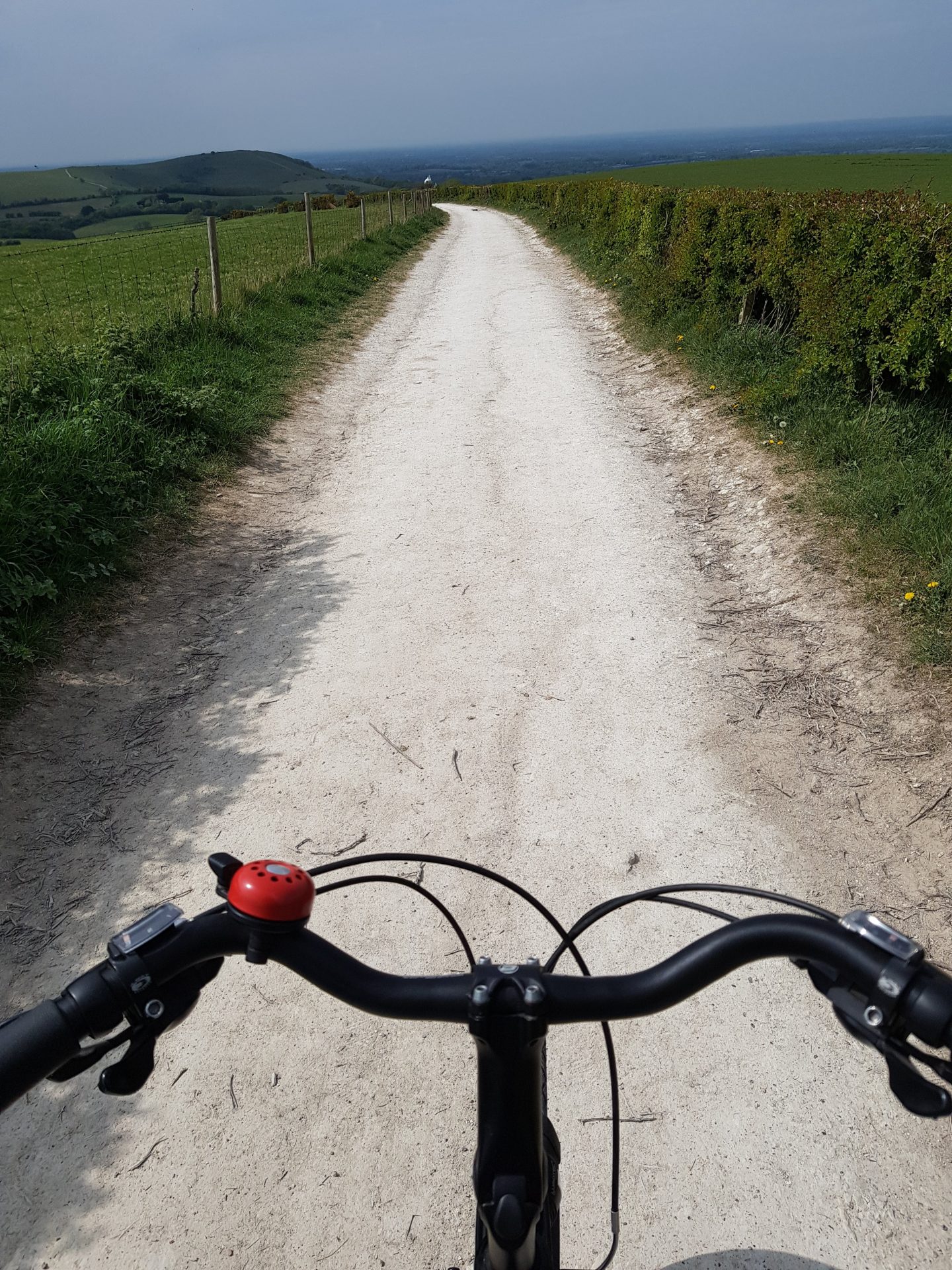 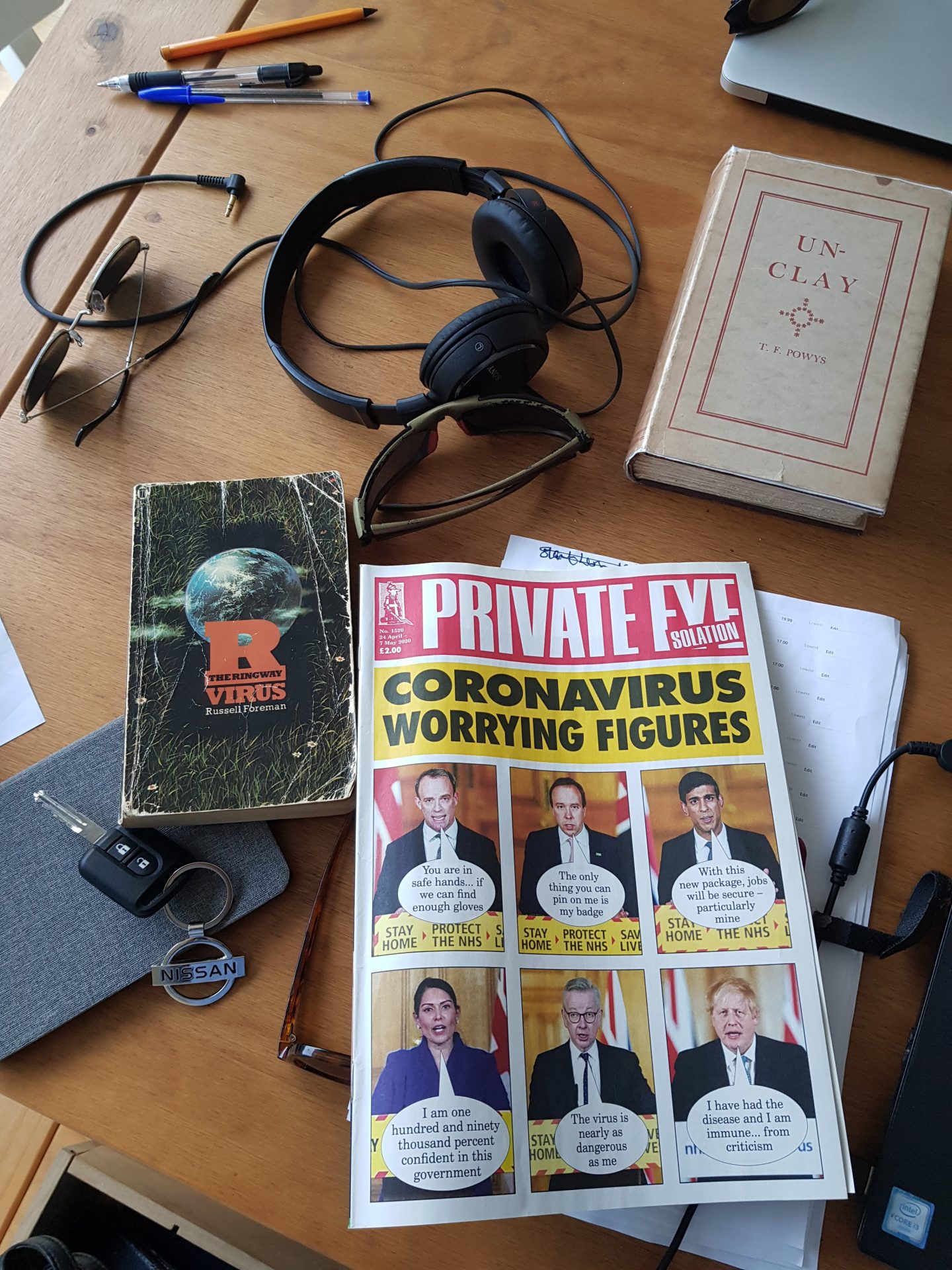