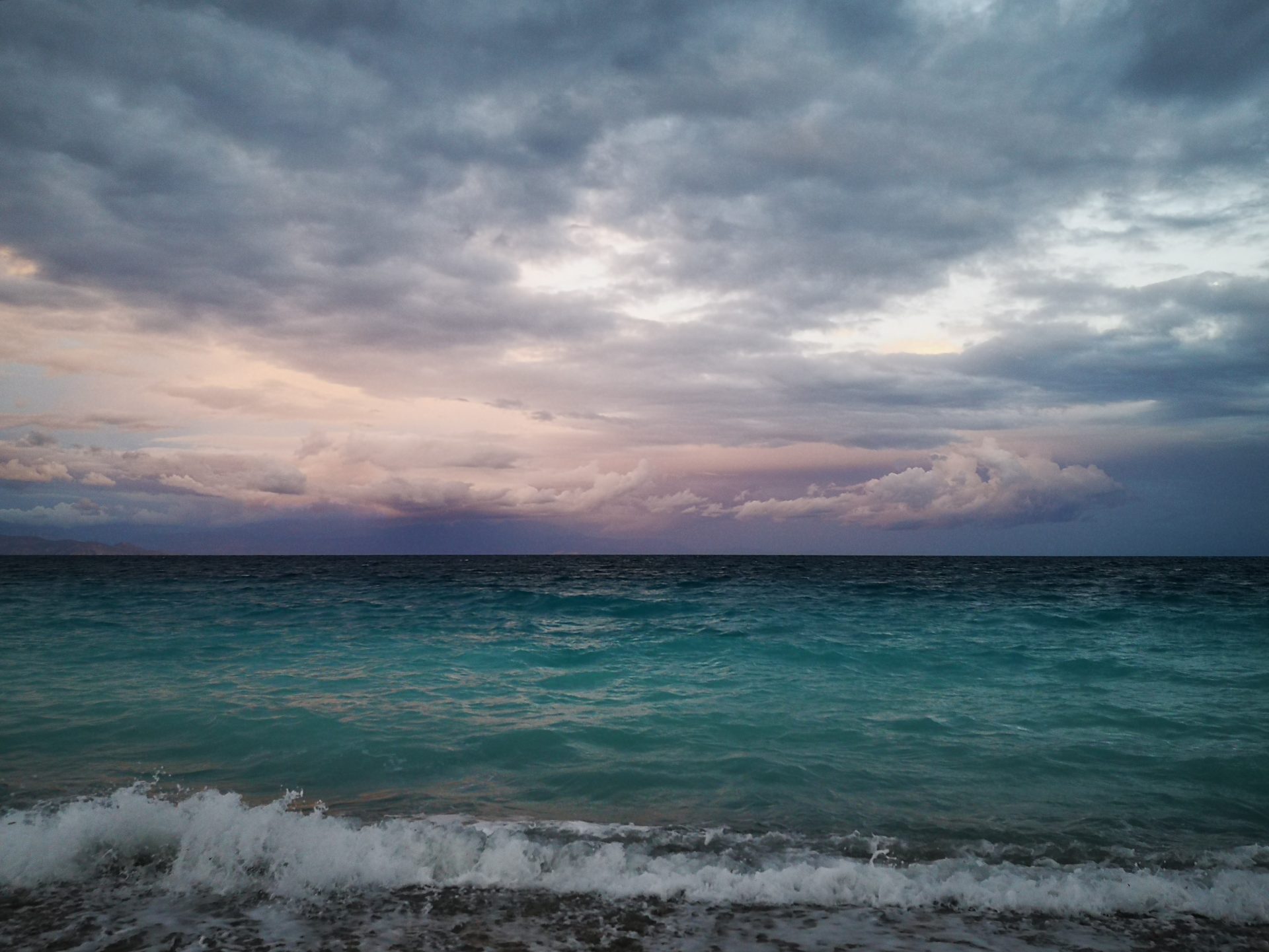 Travelling Through Europe During a Pandemic & Other Personal Observations 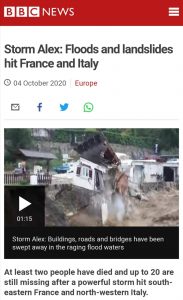 BBC News. 04 October 2020 Europe. Storm Alex: Buildings, roads and bridges have been swept away in France and Italy.  Winds of more than 180km/h (112mph) were recorded in Brittany on Thursday and Friday.  Flood warnings as heavy rain continues in UK.

Flexibility is key when travelling.  Things rarely go to plan.  It was the forecast of the impending storm Alex, that was to devastate parts of the UK, France, Italy and Spain on 1st October, that influenced our decision to head swiftly towards Germany in the van the day before it was due to hit. We’d made it through a Typhoon in the Philippines last year and  we didn’t wish to push our luck.

We’d already quarantined in the UK after our trip to Asia and again in the van in a village car park, upon returning from France in September. This time we had no intention of returning home for more time in quarantine before the Spring.

A simple plan.  We just had to avoid catching Covid and getting ill and avoid getting embroiled in any imposed quarantines or lockdowns whilst travelling in Europe.  To enable the above, there’d be few meals out and we’d bypass previously unmissable city excursions.  Whilst I love exploring cities, those type of trips would have to wait for future weekend breaks in the pandemic free years to come.  It would be no real hardship as I seem always happier in nature, away from the crowds.

The number of Coronavirus cases throughout the UK and the other countries of Europe was increasing again.  We needed to catch the ferry to France with some urgency, before any restrictions were imposed as reprisals to the quarantine that the UK had imposed on France.   As we left, we could freely travel to France from the UK without quarantine or Covid test.

We had hoped to spend the winter in the van in Morocco, but that country was already in a Coronavirus lockdown and not open for tourism.

Instead, we thought that we would slowly enjoy France again, after recently spending August there, before either heading towards the winter sunshine of Portugal via Spain or attempting to get to the heat of Greece and Turkey via the Balkan States, Slovenia, Croatia, Montenegro, Serbia and Macedonia.  The impending storm caused us to flee to the east.  We would take the ferry from Dover to Dunkirk on 30th September and stop for the night outside Armand’s cousin’s house in Herentals, Belgium and head for Greece initially via Germany.  As we arrived in Belgium, it started raining.

It was nothing more than a weather report, that drove us towards Germany, but it was to be most fortuitous. 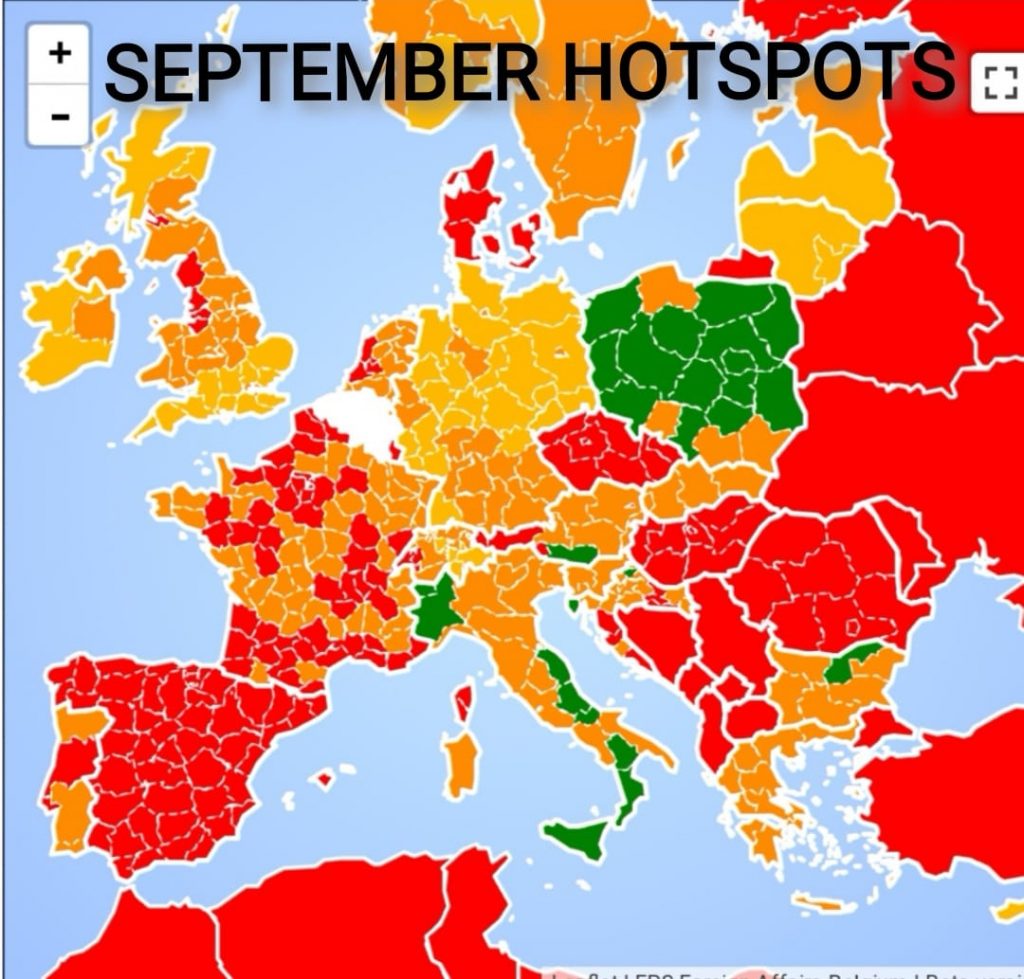 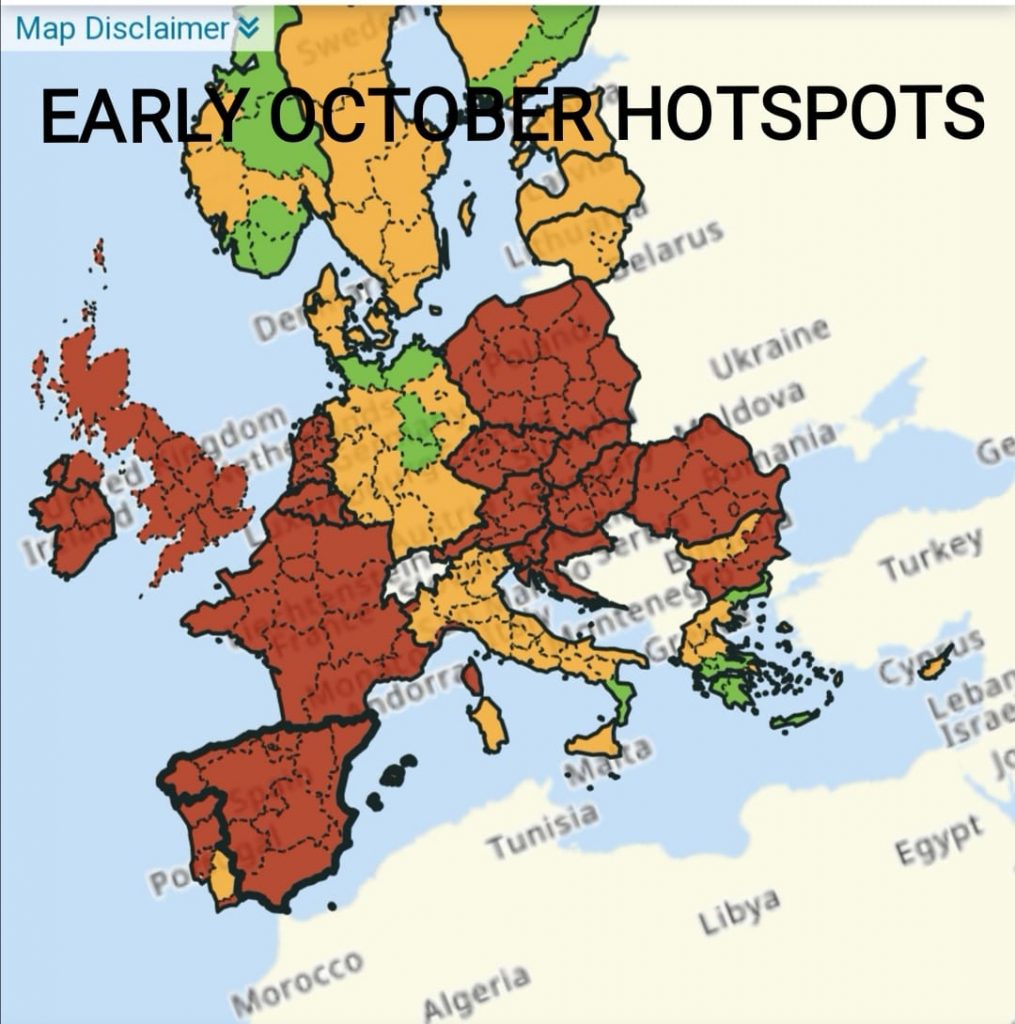 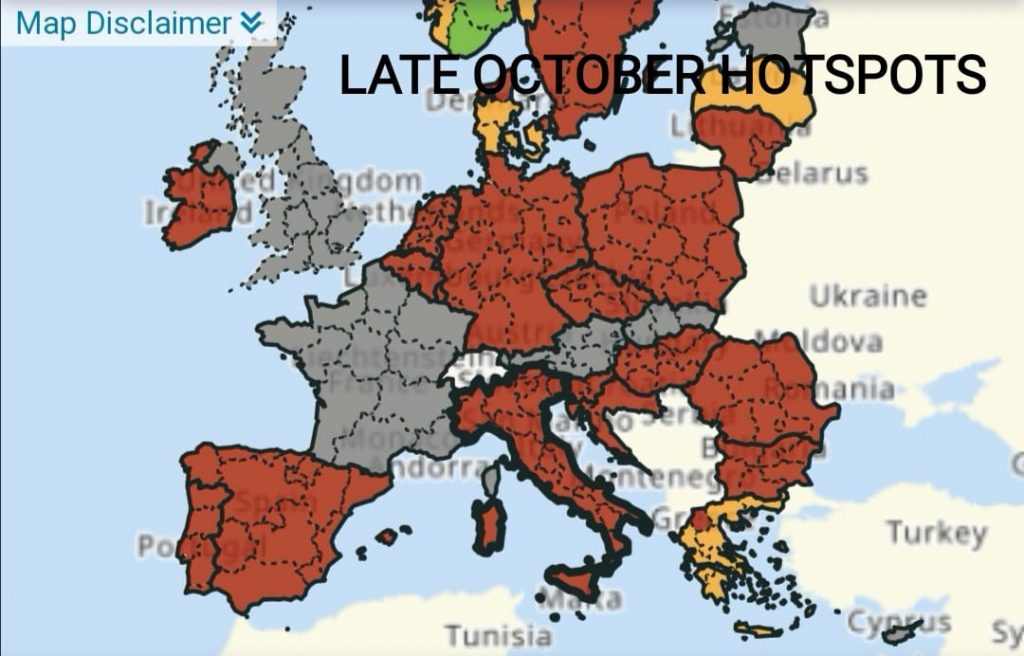 Travelling in a pandemic would now be complex, incurring tedious form filling, much of which seemed pointless.  In Vietnam in March as the pandemic crisis enfolded, the Vietnamese nailed contact tracing.  Passport numbers and seat numbers were collected and correlated everytime you moved via bus, train or from hotels.  These European declaration forms seemed nothing more than a paper exercise.

The Belgian government was allowing a stay of 48 hours without implications. The Germans were allowing entry from Belgium without implications, if the length of stay in Belgium, was no more than 48 hours.  It made sense to comply with the 48 hour reprieve.  We spent two nights in Belgium, cycled and enjoyed a few beers with the cousins before driving, just a couple of hours, into Germany.

The Germans have managed to keep their cases of Coronavirus low and along with Italy and Greece were, at the beginning of October, considered low risk countries to visit.

Meanwhile, the Balkan states were having a surge of cases and border crossings between each country and into Greece seemed ever more complicated with requirements for Covid tests and quarantines.  Indirectly, Covid was beginning to give us a headache.

Greece was allowing travellers from Italy without restriction. 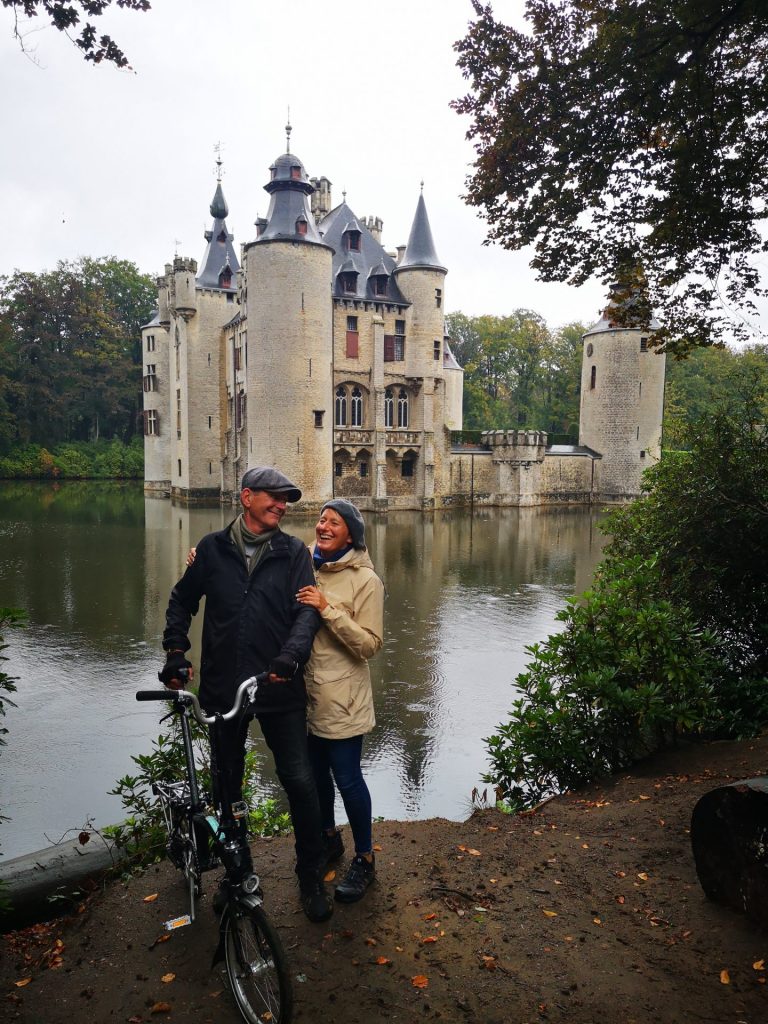 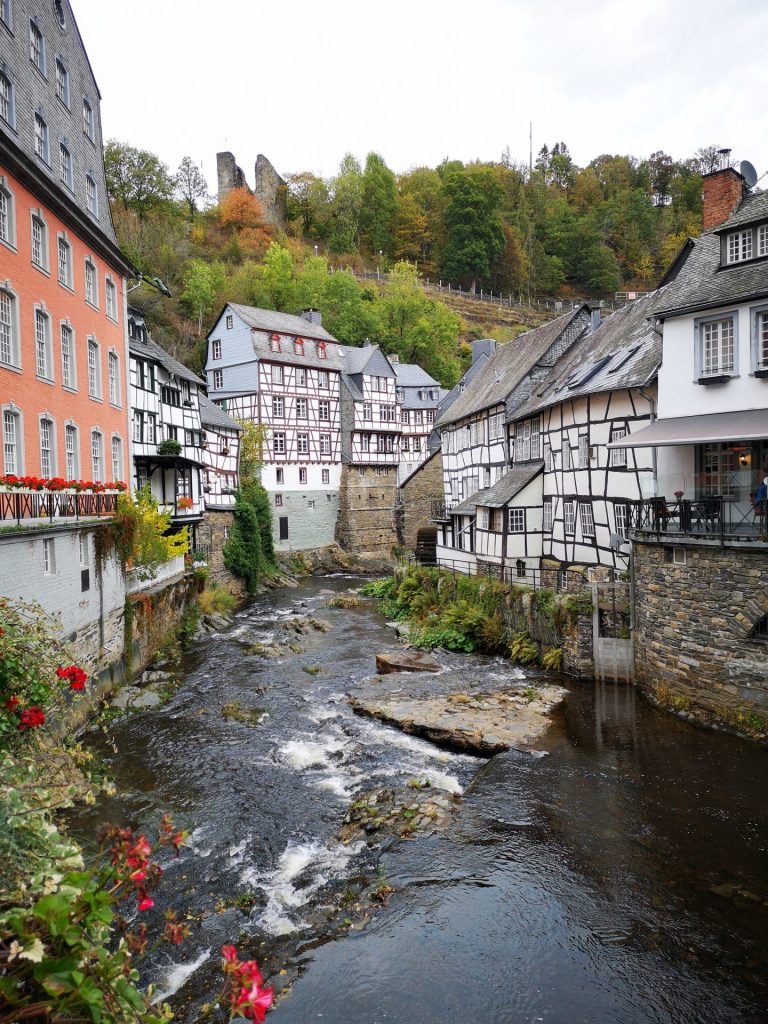 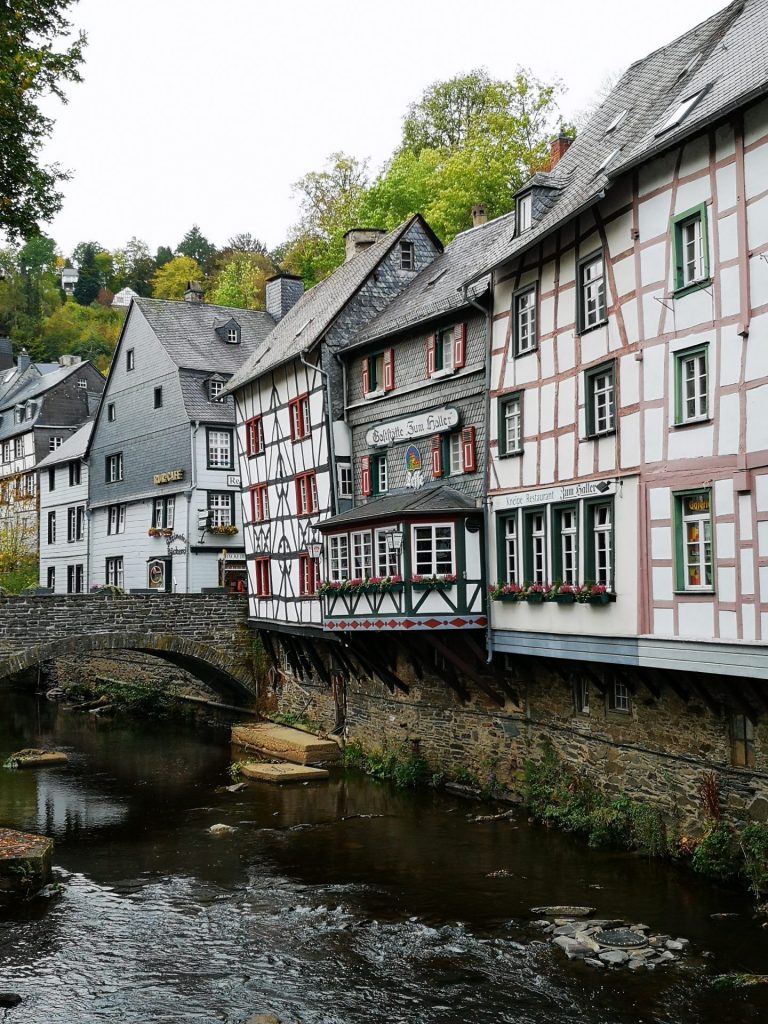 The weather had sent us to Germany where we had enjoyed two weeks of chilly Autumnal vistas.  The Italian government  had decreed that anyone who had spent fourteen days in Germany could visit Italy without quarantine or Covid tests.  Thank you Storm Alex.  We were having a lucky break.  We would leave Germany for Italy by way of a swift transit through Austria without any stops. We’d spend a week in Italy and catch a ferry to Greece.

Throughout the entire trip, not one piece of the required Covid declaration paperwork was inspected.  Not in France, nor Belgium, nor Austria or Italy.  As a result of the Schengen agreement, free movement across all borders, there seems to be a resigned acceptance that the forms are pointless.  Not until Greece did we see more effective monitoring.  The Greeks have a sensible online declaration form and depending upon your whereabouts preceding entry, you would get a Covid test on arrival, with a requirement to stay in one location and monitor for Covid symptoms for 24 hours.  A sensible approach to the situation.  Fortunately, we did not have to undertake tests or restrictions as we had been in the ‘low risk’ countries of Germany and Italy preceding our entry.  We were allowed free access  to roam and we got the immediate impression that Greece was more relaxed about the crisis and unfazed by the pandemic.

Armand’s now 65 and I’m asthmatic. Some people might say that we are stupid, reckless and inconsiderate by travelling during a pandemic.  In our defence, I would say that we adhere to every country’s regulations.  We avoid crowds and stay in our van, living a more isolated existence then we would in the UK.  The times we shop for provisions are few and we do so considerately using masks and hand sanitiser.  The people we meet seem happy that we are in their country.  Times are hard for businesses all over the world and we are contributing to their local economy with the purchase of food and fuel.

And I haven’t touched yet on the positive effects on our mental wellbeing.  Is it stupid to responsibly seek happiness and to seek to avoid the anxiety and negativity which we feel prevails and would increase in the UK over the winter during a lockdown?  For us, life’s too short to be wasting a year.  Challenging as it may be, we’d rather travel and see what we can achieve, than stay secure in a comfort zone at home.  It’s a personal thing, but for us, that’s not living.

More personal observations on travelling during a pandemic, catastrophizing and young Instagrammers (if that’s a word) ….

I feel sorry for the young adults who may have underlying health conditions and those who can’t attend university sessions, or socialise with their friends or work or travel overseas, but when most youngsters with Covid get nothing but a runny nose or similar, I fail to understand why they must make a catastrophe of this pandemic.

A young adult who I’m very fond of, recently shared someone’s tweet on Instagram.  It suggested that it was OK to grieve for a year lost.  She may. have posted it to console her friends, but I really struggled with this post.

Whilst I understand the frustration and inconvenience caused by the complexities of this year, for the majority of the young, the reality is that this is unlikely to be the most difficult year of their lives.  I had to comment and fortunately, she told me that she liked it and that she had shared it with some of her friends too.  For this reason and as it captures my line of thinking in a nutshell, I’m sharing my comment to her here……..

To a beautiful, talented, young woman.  This year will not be the most difficult of your life.  It will be a life lesson.  How you take this challenging year and make it a positive one, will mould your future. The world is still your oyster.  You are amazing and lucky for you, young – you can kick this pandemic’s butt! Take a tip from someone old.  Life’s too short to be moping and grieving for what you can’t do this year.  Don’t write the year off. Instead, make this year in some way, the most rewarding or creative year.  Use the time wisely to plan your future.  There’s still a lot that can be achieved – believe someone who doesn’t need to wear a mask alone on the top of this Appeninne mountain in Italy!  X

Perhaps due to my age or perhaps due to a lack of genuine interest on my part, I really struggle to understand Instagram and the popularity of some profiles from young van lifers who have thousands of followers, but don’t seem to have travelled very far at all.  Some have even stayed at home, worried about travelling in ‘uncertain times’.  And that’s absolutely fine.  But, I find it amusing.  These youngsters give their profiles adventurous titles such as, ‘parking on the wild side’.  I feel they should rename them ‘parking on their mum’s drive’.

They often promote ‘living the dream’, but seem either to have to strip down to a thong in front of their vans to get ‘likes’ or seem to inflict a ‘woe is me’ attitude, where everything is so difficult for them during the pandemic.  In contrast, there are the sites where everything is just perfect, suggesting travel is still easy at the moment, when it’s actually complex. There’s so little balance within each profile.

I think the young people viewing this stuff are being deluded and it’s a tad irresponsible.  But then again, perhaps a fairy tale is all young adults want to see at the moment.

It’s Halloween.  France has just imposed a national lockdown, Spain and Italy have partial lockdowns and 70% of Portugal is in lockdown. It seems a majority of our fellow intrepid van lifers headed south west for the winter.  Spain and Portugal seem crowded with motor homes and it’s now difficult to move about with huge areas such as Granada and Andalucia off limits.  Some are staying put in campsites or finding hostels.

Our friends and family in the UK are bracing themselves for a national lockdown due to commence in a few days.

At present, Greece has only imposed restrictions in the large cities, closing restaurants and bars.  The number of Coronavirus cases seems low, although that may well be due to a lack of testing.  We feel fortunate to still be free to move and enjoy the warmth that Greece has to offer, for now.  And in Greece with our daily £50 budget, we do have some options to find accommodation when the weather gets cold or if we are forced to stay static.  Time spent reading in a tiny Greek cottage in the remote Mani peninsular seems a pleasant idea for this winter.

Like the heroes of ancient times, it’s likely we will have to fight some battles in Greece this winter, but bless the wild wind for blowing us here to allow us the chance to embark on our own Greek Odyssey.